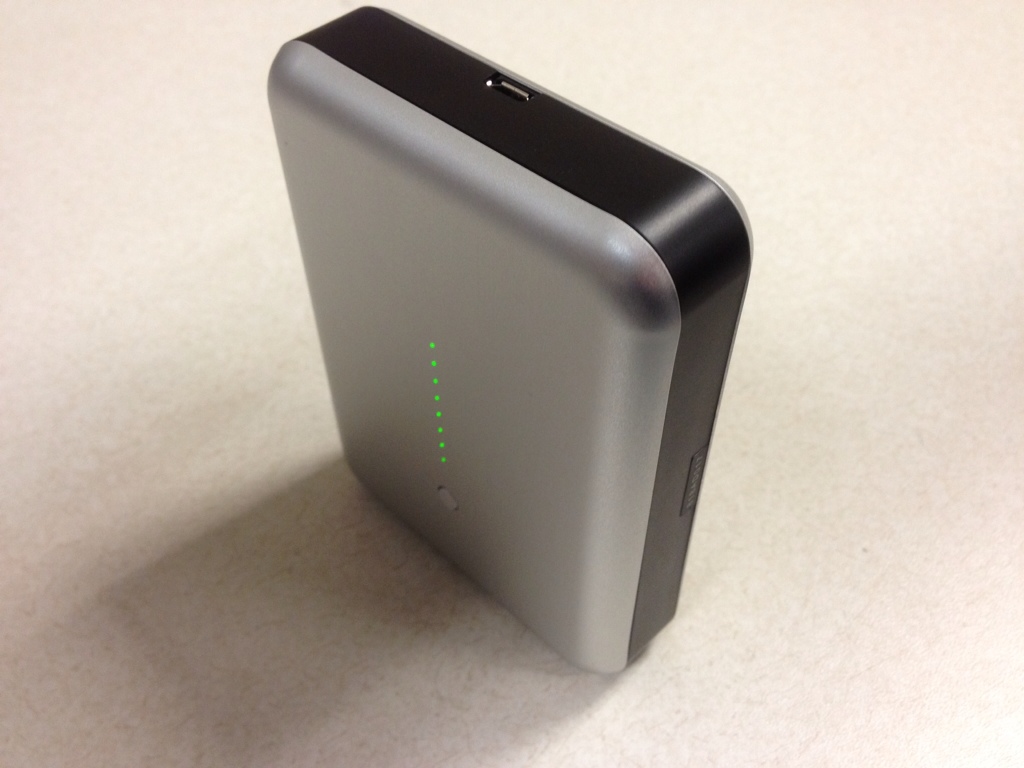 Writing reviews for good products is easy…usually. However when writing about a battery pack capable of recharging an iPad like the Just|Mobile Gum Max Power Pack, the hardest part may be draining your iPad enough to need it.

The Just|Mobile Gum Max Power Pack is a must have for any iOS toting road warrior. It retails for between $105-120 US Dollars depending on where you get it. In its aluminum case lies a 10,400mAh battery. It has a series of 8 LEDs to show the current capacity of the battery and has two ports. On one end is a standard USB port and on the other is a microUSB allowing the device to charge potentially OTHER types of mobile devices. Just|Mobile is kind enough include a USB to standard Apple 30-pin cable for connecting to all current iOS devices including not just the iPad, but iPhones, iPod Touches, and assumably all other iPods current enough to use the 30-pin connector. The other cable in a standard USB to microUSB cable which besides being able to charge devices that use microUSB, is also used to charge the battery. Both cables are pretty short, so hopefully whatever you use to charge it (most current Apple computers include a USB port capable of recharging the pack as well as your iDevice). Just|Mobile does not include a plug-in charger assuming I guess that you probably have at least one already that you got with your iDevice. They do however include a soft bag with two compartments (a nice touch). One for the battery pack and the other for the two cables. By using standard kinds of ports, if by chance you forget or lose one of the included cables, nearly any good retail store would allow for their replacement. 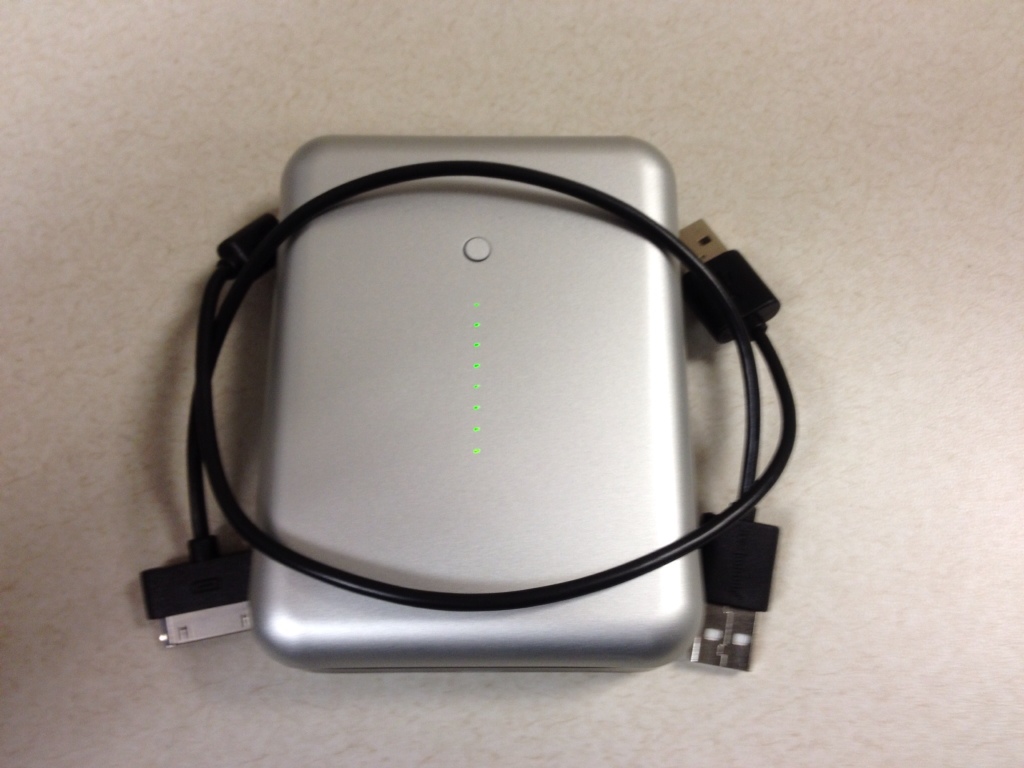 There’s an interesting caveat to using the Gum Max Power Pack. The first time you use it, it doesn’t fully charge your iPad. The battery out of the box must be conditioned first to get the best use out of it. Kind of an odd way to sell a product and after the first test I was not impressed. I set my iPad to watch 3-4 really long movies and that drained it down to about 15% battery life. OK, so it was ready to be recharged. I had plugged in the Gum Max Power Pack (I’ll call it GMPP for the rest of the article) and according to the LED lights on the front of the device, it too was fully charged and ready to go. So I plugged it to the iPad and walked away for a few hours to let it do its thing. When I came back, the GMPP was drained and the iPad was at about 75%. So it charged it a little more than half-way. Like I said I wasn’t impressed. Then I remembered that when John Nemo had arranged for me to get this device (originally I was going to test it at the Macworld/iWorld Expo, but I decided to wait until I got home since iOS devices was all I had brought with me), it had come with a note saying to discharge it fully at least once for optimum use. 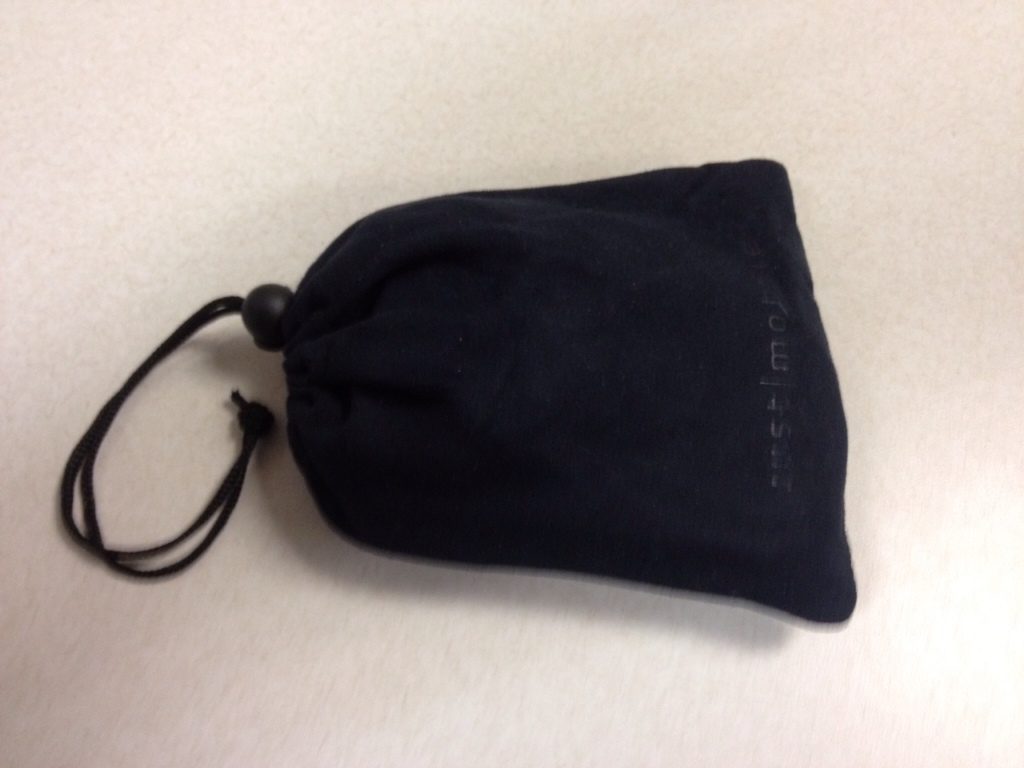 So, back to not watching 3-4 movies to drain my iPad again and plugging the GMPP into a USB port on my Mac to recharge it. Once the iPad’s battery was again down to about 15% and the GMPP was fully charged, I plugged it in and waited to see what would happen. THIS time the iPad was fully charged and the GMPP was still showing about 3 LEDs of juice which means it still had roughly about a 1/3 charge. In essense by carrying around this little battery pack, you should more than double the use time of your iPad and most likely have enough to put another charge on your iPhone as well. OK, NOW I was impressed.

So that’s the good stuff. The things where the GMPP falls down (and to be fair just about any other recharger would have this problem too) is its size and weight. You don’t get this high of a capacity of a battery without some compromise and in this case, if you still want to use the device while it’s recharging, what do you do with it to keep it out of the way? The answer unfortunately is that you can’t. It’s a big boat anchor making your light and svelte iPad unwieldy especially if you’re using it to play some game that needs the accelerometer. I contacted Just|Mobile and suggested they make some kind of side or top grip for the iPad with a pocket for the GMPP that would make it all one unit. Maybe have it hinged to reduce its size. It would still be heavy, but that would be easier to deal with than a floppy aluminum weight with a short cable attached. The only bad things I can think of are the odd power conditioning you have to do when you first get it, the very short USB cables, and the lack of a AC to USB power plug. There is the matter of its bulkiness too which as I said can’t be helped.

If you’re the kind of person who’s on the go all day long and have one or two mobile devices that you can’t afford to have go down, the Just|Mobile Gum Max Power Pack is a must have. Chances are you’ll run out of juice long before your iDevices will.