All Guy wants for ChristHannaKwanzmas 2011 (A Holiday Rant) 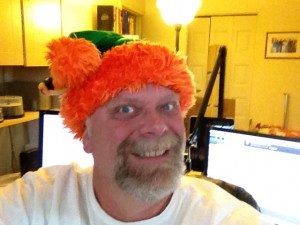 Itâ€™s near the end of year which means that yes, itâ€™s time for another Holiday rant from Guy. Itâ€™s been a couple of years since I did this and with a family taking up so much of my time, Iâ€™m going to re-purpose some of the older content already published. Letâ€™s call it something now and today. How about, â€œRe-cycled Contentâ€. Yep that sounds nice and green and full of what ChristHannaKwanzmas should be (but isnâ€™t) all about. To begin with, letâ€™s go back a few years and give you the explanation of what ChristHannaKwanzmas is. READ on!

I get asked all the time just what ChristHannaKwanzmas is and how can I help spread the faith amongst those unbelievers with excellent credit reports.

ChristHannaKwanzmas was created as a tax shelâ€¦I mean divine belief that all men and women were created equal, That children should be known by sight, but held quiet as they pass by aisle after aisle of pre-manufactured Iron-Man and Dark Knight (updated from last yearsâ€™s plastic crap for children)Â  movie tie-in toys. That giving is the most blessed form of sharing good fortune (especially to my overseas PayPal account).

Like those other LESS important religions, this is a special time of year for ChristHannaKwanzmasians. This is when they max out those credit cards buying gifts for people to bribeâ€¦I mean to encourage them to join our most holiest of causes. Like those other religions, we also have a patron who visits the homes of those good little ChristHannaKwanzmas boys and girls on ChristHannaKwanzmas Eve. His name is Saint Santa Fredâ„¢ and he visits their homes on a sled powered by recalled Chrysler 300 sedans and gives vouchers for deep discounts at Best Buy and Circuit City to the good children and QuickTime exploits to all the bad children. We have special songs that we sing as the overdue bills come pouring in. Let me share some of the titles with you:

â€œWe wish you a merry bankruptcyâ€

Iâ€™ll end this part of my rant on a happy note. We are currently in deliberation to have our very own soon animated holiday classic tentatively titled, â€œWhat the hell were you thinking Charlie BrownÂ©?â€

2011 was a year to be remember not so much for what we gained, but for what we lost. I wonâ€™t go on and on about this as for some itâ€™s still a sore point and besides so many people have (and still are) written stories about Steve Jobs and what he did, didnâ€™t do, quirks, odd parking habits, tendencies to cry over things Iâ€™m not sure deserved tears and so one. Weâ€™ll miss him and his â€œOne more thingâ€ and he left a mark on technology that will be difficult for anyone else to do within the lifespan of a typically human being. God or Buddha bless you Steve.

Of course this leaves me with a conundrum. I always wrote a letter to Steve to talk about the state of Apple. I want to continue this tradition but who do I choose to send it to? Thereâ€™s Tim Cook and Jony Ive and most likely a host of other important Apple people I could send it to. I think this year Iâ€™ll just address it to Tim and weâ€™ll see where the chips fall.

Howâ€™s it going? You probably have NO idea who I am (and most likely will remain in the dark afterwards). Iâ€™m that Guy. No really THAT Guy. What? You donâ€™t listen to the MyMac.com Podcast with Gaz and Guy (plug plug)? Well you should because we have this great podcast thatâ€™s really fun to listen to! No? Ok nevermind.

Itâ€™s been quite a year for Apple. You have some really big shoes to fill, but please donâ€™t feel you have to make a lot of wholesale changes since you know, the company is doing great and all that. Boatloads of iDevices have been selling like crazy but naturally I do have a few suggestions. First off, do you guys plan on updating the Mac Pro anytime soon? Seems like itâ€™s the forgotten stepchild that no one talks about anymore. How about updating the look of the iMac? That would be nice. Also I know it probably isnâ€™t in the works, but how about upsizing the Mac Mini a little for bigger drives? You took out the optical drive and thatâ€™s OK since I hardly use it anymore. Just makes things a little easier for us gearheads who like to swap out drives or (GASP!) maybe want more than one without voiding the warranty?

The iOS devices seem to be going like gangbusters. The various Android tablet makers seem to have no clue to what to offer to compete. It seems that none of them with the possible exception of Amazon realize that it isnâ€™t the hardware or how many ports some gizmo has that makes people want them but what you can actually do with it once you have it. Oh well, hereâ€™s to hoping they remain as clueless as they were when they tried to compete with the iPod. Iâ€™m hearing rumors of a smaller iPad and a larger iPhone. Why not combine the two and make a six-inch iPhade? Speaking of rumors, I hear you may make an Apple TV. A real TV with a screen and everything with voice controls. Wow! Iâ€™m sure an iFlying Car is on the agenda as well.

The new version of OS X has managed to royally hack me off as a lot of the software I use is now seemingly broken. Thanks for that. I had absolutely nothing better to do with my time and money than to figure out new ways to do the same old thing.

So, please modify the Mac Mini, the iMac, the Mac Pro, the iPhone and iPad, and OS X. Just donâ€™t change anything major. OK? Thanks and a happy holidays to you and yours at Apple.

Now to everyone else!

To my family and friends. Well Iâ€™m over 50 now. I guess I should be smart and all that, but why alter my perception of reality at this moment.

To Tracey my wife of nearly 20 years, Itâ€™s too late! Now youâ€™re stuck with me! However you do have Zuko the Wonder Guinea Pig to go to for sympathy when I act like an idiot. With that in mind, I think you and Zuko will be spending a lot of time together. Thank God he canâ€™t cook or do dishes or I might be in real trouble.

To my boys Guy Jr and Peter. Soon youâ€™ll be in college. Stand by while a savor that thoughtâ€¦AHHHHHH! Mostly kidding. The years have beenâ€¦interesting and I think you along with genetics is why I lost my hair. I look forward to when you have kids so I can laugh heartedly once more and remind you of some of the shenanigans you pulled as kids. Yes Iâ€™m old enough to say shenanigans with a straight face.

To all my friends. Why do you like me? I really canâ€™t figure it out. Iâ€™m tall and goofy and make funny faces when I get mad. Is it the funny faces?

To everybody elseâ€¦have a happy and safe ChristHannaKwanzmas and keep those cards, letters, and untraceable cash coming my way!