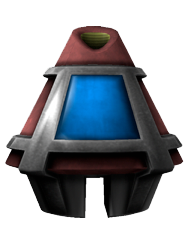 As a child of the 1980s, I have very fond memories of wasting (ahem) many a quarter on some of my favorite arcade games. While the graphics were simplistic, and there was no “winning” at these games, it was a good way to spend a snowy Michigan winter day at the arcade. I would try and stretch my five dollars worth of quarters for a few hours, sometimes succeeding in drawing them out all day long.

Usually, however, within the first hour, I would be broke, and forced to watch my friends play.

Remembering that more innocent time of video game fun, Pangea Software, Inc. has released a retro-style video game, which actually consists of three games in one. Pangea Arcade, currently the top free app in the Mac App Store, pays homage to three of the most popular 80’s arcade of all time: Centipede, Missile Command, and Astroids.

Nucleus, ‘ala Astroids, is as fun here as it was in the arcade. Rather than green vector graphics of the game that inspired it, Nucleus sports a more modern cell-shaded affair, with terrific audio and controls of your ship. The mission is simple: destroy as many Astroids as you can before you loose all your lives. 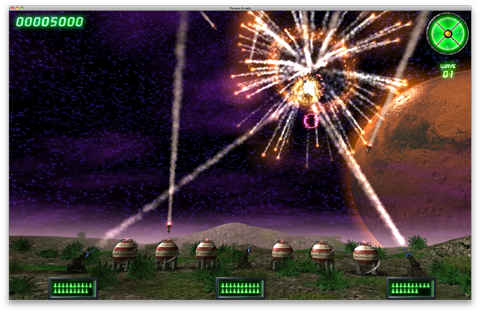 Warheads, ‘ala Missile Command, is much more fun than the original is is based on. I hated that stupid roller ball in the original cabinet. Here, my mouse makes short work as foreign incoming missiles threaten to destroy my bases. Which they will, in time. Did I mention you don’t and can’t actually BEAT the games? You just play until you loose. 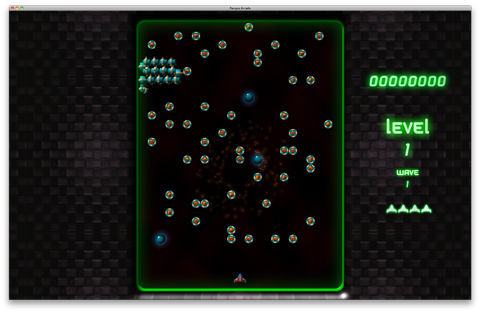 Fireworms is probably the closest to the original, the iconic Centipede. Game play is fast, and while I enjoyed the nostalgic game play, I do wish that there was more precise control over the gun/ship you control. It feels a little floaty, drifting too much one way or the other when I would rather it stop on a dime. But for free, I am not complaining.
One of the coolest features of these games, which I could not try, is 3D. Supposedly, if I had 3D glasses, these games are presented in 3D. While I won’t go out of my way to pick up a pair of 3D glasses to try it out, I will do so if I find a pair.
Pangea Arcade will soon return to the regular $4.99 price, so go grab it now before that happens. If you wait to long, fear not: Pangea Arcade is well worth five bucks. Pangea Software, Inc. is a long-time Mac games maker, and the polish of these games really show it.
MyMac.com Rating: 8 out of 10