MOG is the new Napster, except better, faster, and cheaper

MOG is a paid subscription streaming music service. For ten dollars per month you can listen to and download over nine million tracks. The process of locating and playing specific and related selections is effortless and immediate. Audio quality is excellent. 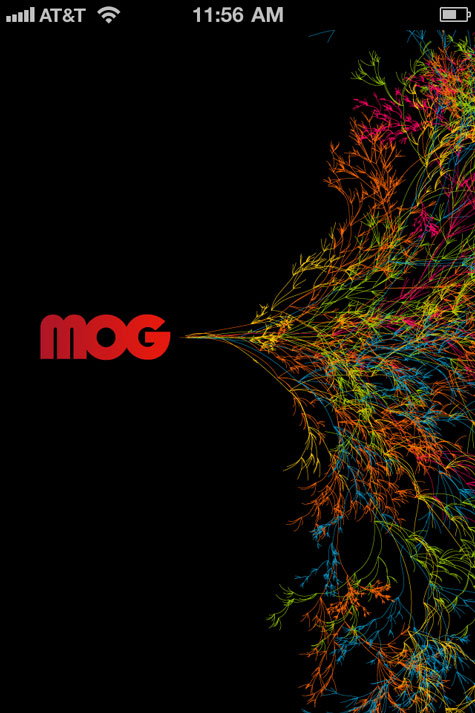 What’s the connection to Napster?

Napster was a peer to peer free music sharing (think: stealing) service that started the online music revolution.Â Here is its Wikipedia entry. Acquiring specific tracks using Napster was an imperfect experience, but that’s what happens in revolutions.

Fast forward. People are now accustomed to buying iTunes songs for a dollar each, more or less. The iTunes customers appreciate the way Apple makes the user experience efficient and cost effective.

I want to hear songs, but I don’t need to own them.

With my extensive CD collection, several iPods loaded with custom playlists, hundreds of LPs and cassette tapes, good local radio stations, and a zillion free Internet radio streams available, why do I prefer MOG over all the above? Because it is so good, so quick, and so affordable.

For ten dollars each month I can listen to as many songs from as many artists as I want on one piece of equipment at a time: computer, iOS device, or Roku box. If I want to wash dishes to Lightning Hopkins and wash the car to Luciano Pavarotti, then bake some bread to BeyoncÃ© and nap to Stan Getz, do my exercises to Wilson Pickett then read the paper to Kronos Quartet, I can, ad infinitum.

When I want to experiment by listening to similar artists to the ones I know, MOG makes that possible with its slider system. Then I can construct custom playlists, and I can download tracks and albums to my computers and iDevices.

Why aren’t music fans flocking to MOG by the millions?

Because they are cheap and uninformed. People pay much more for unused phone service than MOG costs. Streaming subscription music services are not thought to be exciting or worthwhile. Wrong. MOG becomes addictive after a short time using it, and the modest monthly price feels like a bargain bonanza to regular subscribers.

How do I know MOG will stay in business?

You don’t, but when you subscribe you help keep it viable. The technology and business model for streaming audio is “old” Internet, meaning it is stable. Specific refinements by MOG and its competitors enhance the user interface with each new release.

Why do you insist MOG is cheaper than Napster?

The seamless request-and-listen experience begs the question of what your time and energy are worth in search of tracks that may or may not be available, at possibly less than desirable quality, and that put you into legal limbo. MOG is always on, and is always there, at your “all you can eat” service, to use the company’s slogan.

The success of iTunes’ store demonstrates that a majority of music fans are prepared to pay for reliable, vast choice. To listen from Napster, LimeWire, or other peer sharing sites required searching, finding, downloading, and relocating the MP3 files before they were of immediate use. Using MOG on a wireless device, within seconds of launching the app you are hearing your favorite or unfavorite selections without any personal overhead.

Ten bucks a month is a screaming deal when you factor everything, including the legal licensing of over nine million available selections.

On Christmas weekend I plowed through MOG’s pre-screened playlists to saturate my holiday with up-tempo vocal groups’ renditions of holiday songs. The Glee Cast and The Blenders were particular favorites. I just as easily could have chosen The Robert Shaw Chorale, Ladysmith Black Mambazo, or any of a thousand others.

Okay. Try MOG for two weeks for free. Be patient, as I describe in my original article.

Then dig deeper. Snoop around the web site and iOS device MOG screens and begin to use the service to greater depth. Listen to new artists you read and hear about. Here are a few I’ve enjoyed on MOG that I had not previously known, in no special order:

This is part two of a three part exploration of MOG. The third part will concentrate on the web experience, as opposed to listening with portable players.

3 thoughts on “MOG is the new Napster
Nemo Memo”