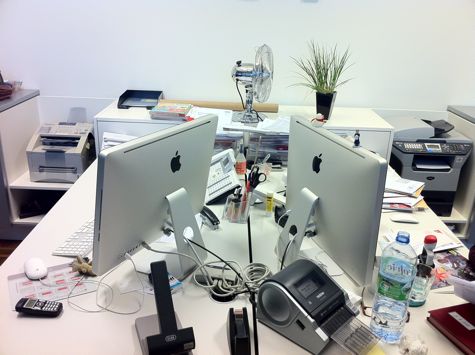 My first exposure to the Mac as a work place computer was in 2006 during an internship at JAPAN MAGAZIN, Germanys’ largest magazine for Japanese culture and lifestyle. Letâ€™s just say these machines were not the ones to entice a long-time Windows user to switch to the Mac platform. I personally had a hard time trying to establish a fast workflow with early OS X operating systems and the outdated hardware. My job was writing articles. For this I had to research constantly, which involved a lot of browsing the web with Safari and writing text. 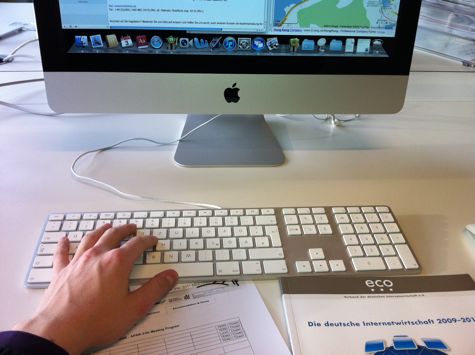 This being my first exposure to the Mac, I wasnâ€™t impressed and felt that even Windows XP offered a better working experience. As technology progressed Vista came along and Mac OSX developed into a greater than great operating system and the hardware offered by Apple started convincing me as well. I decided to research on Apple and their hard- and software. The company philosophy and the new line-up of computers really turned me on and I decided to jump in and get one of my own for college work.

In my first article I mentioned my employer, The Association of the German Internet Industry. They use all kinds of Macs ranging from older Cinema Displays and Mac mini models to the newest Cinema Displays, iMacs and MacBooks.

Many of the employees carry personal iPhones with which they can write a corporate email or two, contrary to Steve Ballmer`s belief that smart phones solely relying on virtual keyboards aren`t fit for business. (Windows Phone 7 delivers alleged business capable smart phones, some of which only offer virtual keyboards. I guess he woke up and smelled the future.) 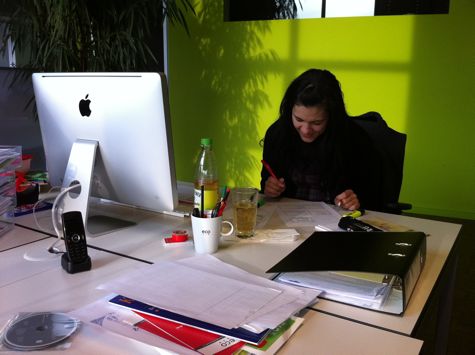 When I first found out that I would be working with Macs on a regular basis, I was ecstatic. By this time I was already familiar with Macs…and loved them.

The hardware and the OS presented the most efficient work flow I had ever seen. Simple things like Expose and Spaces make your every-day office life fun.

I noticed that while using Leopard and Snow Leopard instead of Windows you cut the amount of clicks you need for certain tasks in half, although Windows 7 has done a much better job in this regard. The Apple chiclet keyboard lets you type faster than ever while extinguishing many of your usual typos you might have had on regular keyboards.

Working with Leopard and Snow Leopard in the office is a real breeze. Once you get accustomed to the special way of using OSX, you notice that you dread the day your employer tells you to use a Windows system again.

The hardware that Apple delivers runs longer unsupported than from other companies. One side effect of this is that some IT Support employees might have to look for a new job, because they are not needed as much. One tech support employee will totally suffice in a mid sized company. Also, in this environment it is more likely that all the computers by employees are of exactly the same OS, making it easier to do bulk maintenance. 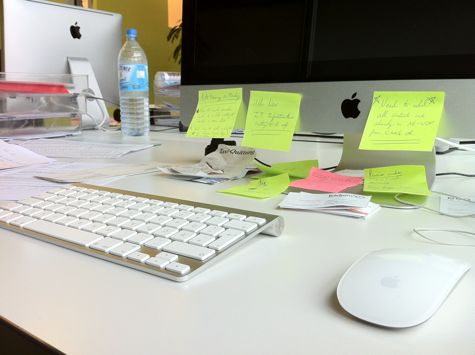 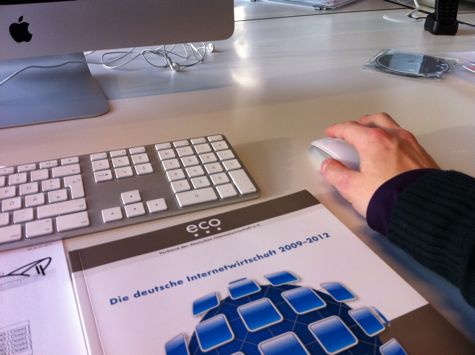 Seriously though, compatibility was a major issue in the past concerning earlier versions of OS X. I love working with the iWork suite. In my mind it beats MS Office overall. Although it was pretty much impossible to work with Macs in the past because your business partner couldnâ€™t open your Numbers or Keynote document correctly. All that has changed (they even run Windows now…which I actually do personally for some college programs and mainly games.

But the reality is that very few companies use Macs for regular office work. eco decided to and all the employees I have spoken too really appreciate this. Obviously when a company already has a functioning Windows environment, it is reluctant to invest thousands of dollars to buy new Macs for its employees. Although, when thinking of the maintenance costs that could be saved on the long term, (saving to buy hardware more often than not and outsourcing the IT-Support…well to Apple) it becomes clear that even switching from a working Windows environment might make sense for some companies. It surely made sense for eco.

The integration of Exchange in Snow Leopard really makes it clear that itâ€™s important to Apple to get a foot into the business side of computing. Now itâ€˜s up to our future employers to at least give us the choice of using Macs in the office. Even being the only one in the office with a Mac, we donâ€™t have to worry about being on a digital island and not being able to share documents with our colleagues. To me having that option offered would be more than great.