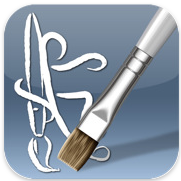 I have had the opportunity to review several versions of the great natural media painting program for the Mac called ArtRage for MyMac through my years writing for the site. The desktop version of ArtRage is fantastic and I was thrilled when I learned there was an iPad app released. I was even more thrilled when I was presented with the opportunity to review the app.

For those note familiar with ArtRage, it is a paint program which allows you to paint in various media. It is similar to Corel Painter, but a lot cheaper and more for the everyday user. When you use paint in the program it looks and acts like paint. When you use chalk it looks and acts like chalk. The program is loaded with different options to paint with. Throughout the years it has gotten better and better.

The iPad app has taken the greatness of ArtRage on the desktop and shrunk it down to iPad format, and it does a great job. The interface, while iPad like, is very much like the desktop version. Many of the same features are in the same place and the interface looks almost identical. Settings for your tools and layers are a little bit different, but easy to find and adjust to. 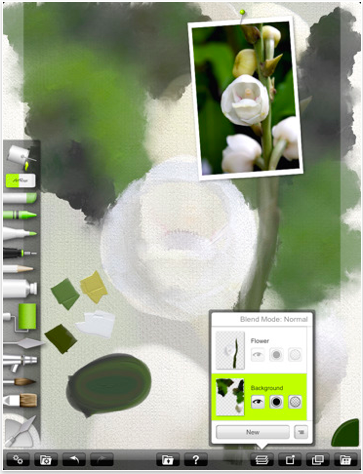 Just the like desktop version you can paint with oils, watercolors, palette knives, markers, pencils, etc. What you choose to paint with looks like that media. The app has a very extensive layers system which allows for more control of your projects. You can rearrange layers, lock transparency, and more.

One of the greatest features of the desktop version is the ability to import a photo and paint it in ArtRage. The photo goes underneath your painting and colors from the original photo are imitated as you paint. The brushstrokes and tools you use determine how your photo painting comes out. I am happy to say this feature is in the app too. You import your photos from your ipad photo library.

I have used many different paint programs for the iPad and ArtRage has the potential to be one of the best. However, the biggest problem that is going to frustrate users is the response time of the tools.As I painted with the app I found myself waiting for the paint or other media to o catch up with my finger several times. The amount of lag depending on the tool. Some were faster than others. This didnâ€™t prevent me from painting, but it did make it more difficult to achieve the effect I wanted. The biggest hindrance was when I was trying to blend paint together using the palette knife. I would be blending with my finger on one side of the iPad while the app was still blending on the other.

Here is a painting I did in the app of one of my son’s favorite snacks that was on the table with me when I tested the app. I used a variety of tools and layers. Layers works great and is a must in any art app. 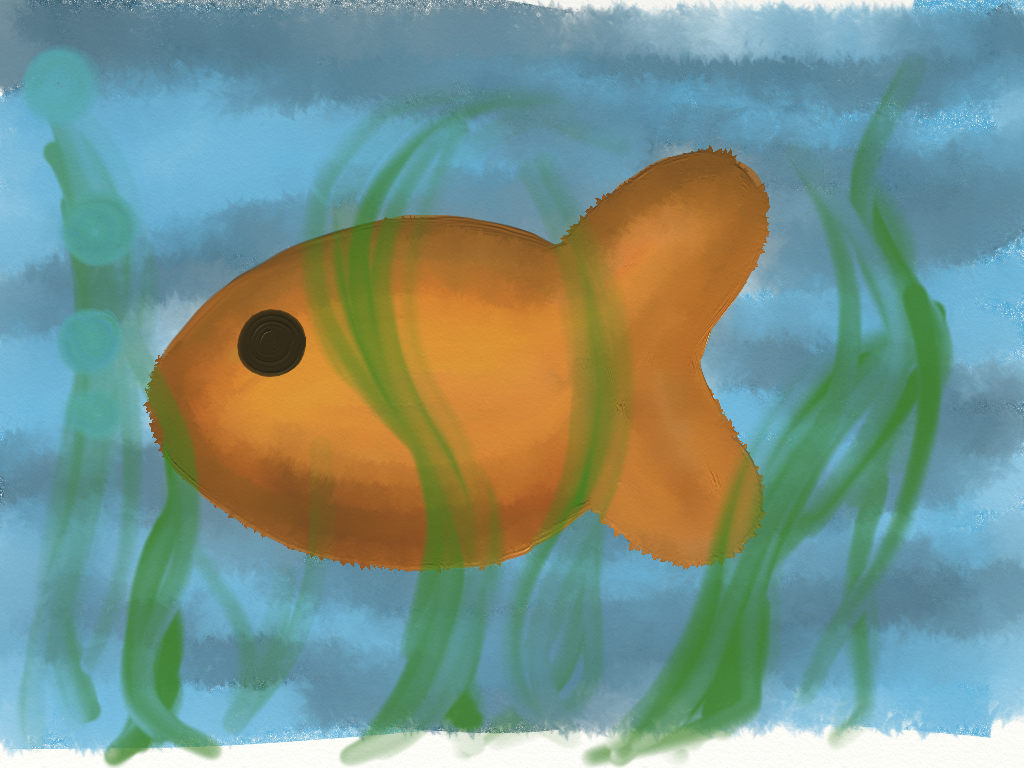 I really hope the lag gets fixed.

Once you are finished a painting it can be stored in the gallery in the app. It can then be exported through iTunes to your computer to use in the desktop version.Â  You can also email it. Also, an odd thing about the gallery is it displays the saved artwork upside down and when you reopen the file it is upside down. Not sure what is going on there.