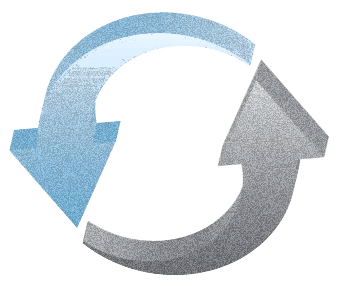 A month or so ago, I noticed that my iPhone 3G was not updating when I made changes to either my Address Book or iCal on my one year old MacBook, so I made an appointment at my local Tucson Apple Store. Things have changed at the perpetually busy Genius Bar; iPhone techs now meet their clients at the front of the store, which is always very crowded with customers. These days, there are often more people in the Apple Store than in the rest of the stores combined in the upscale shopping plaza where Apple is located. Sad for those others, but I wish Apple would move into larger premises.

The first iPhone staffer was puzzled by my problem and eventually called over two of his colleagues. Of course, they checked to ensure that all my programs were up to date. At some point during their ministrations, my iPhone lost my Address Book and iCal altogether. Whoa! That was scary, but the techs made me an appointment at the Genius Bar so I didnâ€™t worry. However, although Iâ€™ve always had great success there, the Genius was unable to solve my problem, and asked me to come back. A second and then a third appointment failed to find a solution. The Genius suggested an iChat session with an expert at MobileMe. Both he and other people I spoke to briefly at AppleCare told me that the MobileMe technicians are extremely knowledgable.

iChat sessions are time-consuming and quite frustrating. Each person has to wait quite a long time to see on the screen what the other has to say. Why is it not possible to speak to MobileMe technicians on the telephone? Despite my slight annoyance with the process, I found James, the expert I got, to be extremely patient and pleasant to deal with throughout the more than an hour and a half of back and forth. He even waited while I went to the washroom. Eventually, James restored the Address Book and iCal to my iPhone. I thought I was now a happy camper but, no, the next day I discovered that they still did not sync; the MobileMe and iPhone versions did not get updated when I made changes on my MacBook. Neither did any of my Groups reappear on me.com or on my iPhone.

Another iPhone appointment at the Apple Store. As if my syncing problems were not enough, I then lost all my apps too because one tech restored my phone to its factory settings, hoping that would resolve the issues. It didnâ€™t, and the tech told me I might have to load all my previously purchased apps manually. I thought, well, if thatâ€™s so, Iâ€™m not going to load those apps one by one into a 3G phone. My husband and I had been debating buying iPhone 4s. Because our contracts were almost up, we could get them at the lowest price.

As it turned out, of course, I was able to load all my apps automatically on my new iPhone 4, although doing that was not quite as easy as it should have been. My husband and I were both in time to load the app for free cases through the Apple iCase program. I can hear the detractors nowâ€””You had all those problems and you bought new iPhones! Geez, how stupid, fangirl!”

My syncing problem transferred to my iPhone 4, so I now had proof positive that the issue had nothing to do with the iPhone hardware, although no one ever suggested it did. I took my brand new iPhone with its Address Book and iCal that would not update back to the Genius Bar. One session solved the iCal syncing issue (donâ€™t ask me how!) but not the problem with my Contacts. Nicolas, my Genius, suggested I book three back-to-back sessions, something I did not know I could do. Luckily, when I returned, I got Nicolas again, so I did not have to inform him about what was going on. Regardless, we did not have a solution to my Contacts syncing problem when I left. Please do not think that Nicolas is incompetent. Quite the contrary!. He previously solved many very thorny problems for me, but, for the time being, at any rate, this one stumped him.

I booked another triple session at the Apple Store. If I count each appointment, I think I had a dozen or more sessions over the course of the three or four weeks. Fortunately, I did not have to lug a desktop computer with me, just my laptop and my iPhone. All told, I worked with four different guys at the Genius Bar and about four additional techs at the store who work on iPhone issues, plus the very long iChat with the MobileMe technician and yet another session with someone on the phone at AppleCare. Everyone was extremely patient and talked with me in English, not Geek. Although everyone seemed very knowledgable, the eventual answer to the riddle eluded each of them. But now my iPhone syncing problem is finally solved!

Nicolas handed me over to Andrew, a Genius with whom Iâ€™d often dealt previously, though not on this problem. Andrew is, apparently, the go-to person at the Apple Store for software issues. He conferred at length with Nicolas and, when he started to work with me, said he had an idea what was causing the problem but was unsure whether what he planned to do would work. Three-quarters of an hour later we had liftoff.

When I asked Andrew what he did, he said he didnâ€™t really know! Iâ€™m guessing he did know, but probably didnâ€™t want to spend the time telling me the complicated details because another client was waiting in the wings. Or maybe he tried several things and didnâ€™t really remember which one worked. I was standing right there while he worked, but couldnâ€™t follow all the moves on the screen. I should say â€œscreens,â€ because Andrew worked fast, and on my MacBook, my iPhone, and his own computer, which might have been showing my MobileMe account or Apple technical documents. I couldnâ€™t have seen everything, even if I had been able to follow all that was going on.

Basically, I think most of the people who worked on the problem tried to change my settings, figuring that some of them were conflicting. There seem to be a lot of settings in MobileMe, iTunes, Address Book and elsewhere, buried in screens that you reach through numerous, sometimes hidden, menus. Maybe what each person did often just went back and forth with the various settings. The guys seemed to think that iTunes and MobileMe were conflicting. Maybe they were. Who knows? Some of the guys turned off iTunes syncing, some of them turned it back on.

When I congratulated Andrew on achieving what no one else had been able to accomplish, he modestly said that all the guys have different strengths. He figured that my Address Book was corrupted, so, somehow or other, he removed it, replaced it and reconstituted it. Because the replacement came from the MobileMe version, I did lose some additions to my MacBook database that Iâ€™d made in the interim, but I remembered what they were and was able to reconstitute them. End of story, right? Well, no, not quite.

When James helped me during the iChat, he either was not able to reconstitute my Groups or he forgot to do it. Andrew used my MobileMe database to replace my corrupted Address Book and the MobileMe database, which never did get my Groups. Consequently, I lost all my Groups everywhere in the process, except in my backups.

Back to the Genius Bar yet again, this time for an appointment with Pierre, who, I was told, used to work there as a Creative, but likes more of a challenge. Well, I gave him one. Syncing is complicated if you have a MobileMe account because it involves iTunes, but I am still uncertain as to how iTunes and MobileMe interact. I had several backup copies of my Address Book–on my desktop, on Time Machine, and on a separate backup drive. Pierre thought, as I did, that the backup copies would transfer the corrupt bits, getting us back into the same mess, but he decided to give it a try.

Pierre used a USB stick to get a copy of my Address Book and transferred the file to another computer. Unfortunately, our fears were realized; the backup copy did not sync, so there was no totally happy end to my long syncing saga. However, Pierre patiently printed out all my Groups for me. Now, all I need is a long free weekend to recreate those Groups and manually transfer all their members.

I run a small business, so I keep my mailing list on my computer. I am also (for my sins) on the board of my homeowner association and keep contact information for all our residents. In addition, I am active in a couple of other organizations and need to communicate with the membership. Pierre said that syncing with MobileMe is not ideal for someone like me who has over 1000 contacts.

Pierre set things up on all those hidden menus so that everything syncs with MobileMe except my Contacts, which will sync via iTunes and a cable. Thatâ€™s hardly a problem, because I plug my iPhone into my MacBook to recharge it; thatâ€™s a bit slower than plugging it into a wall outlet but otherwise works well because my MacBook is plugged in when I do this. I have no quarrel with syncing my contacts via the cable instead of MobileMe, but I would have liked to have known in advance that, because of my large Address Book, I should do that.

I told all the guys who worked with me that I was not unhappy or frustrated. I love the energy at the Apple Store and really enjoy hanging out there, watching and listening to the people of all ages. Almost everyone is smiling. While Iâ€™m there, I lust over the iPad, the Apple TV, the enormous display screens, the books, the software. Itâ€™s simply amazing to me how hard the staff members work trying to solve all the problems. Theyâ€™re so smart that it gives me a bit of a kick to stump them. No boring, everyday problems from me!

I suppose many people would sneer. â€œWhat! You needed a dozen appointments to solve one problem and youâ€™re happy with that?” Well, yes, I am. Some problems are really tough ones. Iâ€™m quite certain that I would not get that quality or amount of help elsewhere, even if I paid for it, which I didnâ€™t at the Apple Store, remember. Only one of my telephone calls was covered by my AppleCare insurance. Ironically, this call was brief and added little to the eventual solution. The rest of my appointments were free of charge just because Iâ€™m an Apple customer. As I always tell everyone, the service Apple customers receive is reason enough to buy an Apple product, even if there werenâ€™t many other good reasons. Am I a fangirl? Yes, I am!

3 thoughts on “Nemo Memo – Syncingâ€™s not always a cinch”