Taking the Plunge and Finally Going iPhone — or not!

So I have wanted an iPhone for a long time. I have watched with envy as the first, second, and third generation phones came, and many of my friends were having a great time playing with them, while I sat with my trusty old Treo, trying to convince myself that it was just as good. 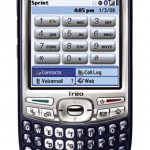 It was not! Oh, it did what it needed to do, and had most of the same functions actually, but it was just no where near as fun.Â  So I got an iPod touch, but that was still not an iPhone. 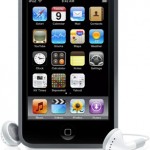 Two things kept me from moving forward. One, was price. There was a large monthly price difference between the iPhone and my Sprint contract, and it was really hard to justify the cost. The second was AT&T. For a long time, it simply did not work at my house at all, and that was a total deal breaker for me. What good is a phone that does not work at your house. But earlier this year, my business partner showed up with his 3G, and got full bars and 3G coverage, so that excuse was gone. Secondly,Â  AT&T network problems still had me concerned, with so many complaints. My trusty ol’ Sprint phone was working, and working just fine.

But the real event that pushed me over the edge iis when my wife came to me and said she wanted a smart phone. She is doing a lot of Twitter, Facebook, and blogging now, and wanted to move into the modern world of cell phones from her small, no frills, flip Samsung. She has never cared about a smart phone before, and even passed on an iPod Touch a while back as well. And she said she wanted an iPhone as her first choice, because she felt it would be easier to use than others. But I still had that AT&T thingâ€¦â€¦

After doing a LOT of shopping, and playing with dozens of smart phones on a bunch of networks, there were only a few that even came close,Â  the new Android phone from Sprint (Evo) and a Palm Pre or Pixie.Â  Frankly, both phones had some serious issues. The Pre and Pixie are beautiful devices I must say, and their WebOS is amazing. iPhone could learn a thing or two actually. But with Palm having troubles, and not very many apps out, I passed. The Evo from Android is even more beautiful, and an amazing screen. But it had two killers for me. First, the phone is quite large. Seems if you have a bigger screen, you have a bigger phones. And second, the battery life was that of a laptop. Even without making calls it, it was dead by the afternoon, and carrying around a power supply all the time was not good. So we decided to get a new iPhone 4.

Seems the “Gods of iPhones” had other plans for us however. Like so many others, I got up early, and started beating on the Apple site to pre-order. After three hours (I was determined) of errors, I was getting annoyed. Apple’s site kept telling me that my session had timed out due to inactivity. Seriously, by the end of three hours, I was pushing butting and moving through pages every 10 seconds. Timed out? Damn, this is a hard test!Â  🙂 But even more annoying was calling Apple to find out why this kept happening. Calling Apple was met with a recording that said they were too busy to take any calls right now. After 65 minutes of automatic redial, I finally got through. I asked for help with this timeout problem, and the Apple rep said, “Well, I guess if you really want the phone, you have to just keep trying! We can’t help you.” WOW! The Apple arrogance has now drizzled down to their support staff as well. “CAN”T HELP YOU!” This from the company that is supposed to be the good guys!

So over to AT&T I went, and tried their site. I was not expecting much better. Â  I was able to walk through the ordering, but got stumped at the “transfer your existing phone number” page. It refused to let me transfer my old numbers (which are OK for transfer BTW) and refused to let me past that page. But something cool happened. After several attempts, a little window opened and asked if I need help. I clicked yes, and a chat box opened, and a live person helped me though the order. We got stuck again, so they gave me a phone number to call, and a case number.

I called AT&T, and in three minutes, a real person discussed the problem. They decided that the best solution at this point was to simply order new numbers, and then do a number change later. We got the order in, and everything was OK. So I thought.

The Delivery — or lack thereof!

The delivery date was supposed to be Jun 23rd according to the tracking, and I needed to be there to sign. So I stayed home all day on the 23rd, and nothing happened. A quick look at the UPS site, and my tracking number said, “Delivery: EXCEPTION!” Exception? What exception.Â  And there it was, in black and white. My phones were delivered over 250 miles way, to Redding, California. Time to call UPS. After a few apologies, they said they would re-route it and get it to me on the 24th. Or, “â€¦did I want to go pick it up?” That made me laugh. Hi, we’re UPS, we screwed up. Would you like to drive 4 hours each direction to go get your package? Right!Â  So, finally getting a new iPhone, and it is lost in delivery. Fantastic.

Unfortunately, we would be out of town Thursday the 24th, and that Friday the 25th, and next Monday the 28th as well.Â  AND, if UPS tried three times to deliver with no luck, they would return the phones to AT&T, and I get to start all over again. In addition, I was told that I MUST be home to sign for the phones, they would not simply leave them at the door.Â  OK, I need this delayed even more now!

So, I called UPS. Now, If you have never tried to delay a delivery, you are in for a shock. After 10 minutes of trying to explain why it need to be held to the 29th of June, and being told that they could not do that, I was told I needed to call my local UPS office and arrange that with them. “We can’t help you” UPS said. There was that answer again!Â  I am hearing this a lot lately. SIGH!

A call to the local UPS was just as delightful (NOT!), but I finally found the woman in charge, who put a note in my file to hold the package until the 29th.Â  She reminded me that I would have to be home to sign for the package. Sure, I can waste a another day waiting for the UPS guy. (Note heavy sarcasm!)

So, on the 29th, I worked in our living room, computer on the coffee table, in plain sight of the front door, which has glass windows, so I would not miss him . When the UPS guy arrived, he could easily see me inside, and I would sign for the phones, and all would be well. About 4:30 PM, nothing! So I called UPS againâ€¦

“Hi. When will UPS deliver my package? Here is my tracking numberâ€¦.”

The same woman I talked to before said, “What are you talking about, we show them delivered at 2:30 PM today.”

“What do you want sir? We can’t help you any further.”

There it was again. More incompetence, and less service. Seems they did NOT need my signature after all, and I wasted two days sitting at home for these to arrive.

Oh wellâ€¦ But now I had them. I opened my immediately, and went to set it up. Needed to be fully charged, guess I will have to wait a few hours. Those were three VERY LONG hours!Â  🙂

I have an iPod touch, as was told that I could “restore” my touch to the iPhone, and move everything over. Suffice it to say, this did not work. It seemed to move over a copy of my iPod touch about a year before. So after three hours of moving apps and files and such, my iPhone was up and running, and all my apps were moved over. Sadly, ALL the progress on my games played was totally lost, and NONE of my music, calendar events, contacts, or notes were moved over either. It took another hour to move all that and sync it up and make it right.Â  Yeaâ€¦â€¦

Now, on to my wife’s phone. We charged it overnight, and connected it to her computer. The screen came on, and the silver apple on the black screen began to blink on and off about once every 30 seconds. It was DOA! So, nothing to loose, I put it in restore mode, and connected it back up. I was told I would have to download the OS, and waited the 30 minutes for that to take place, and the restore started to happen. And then, failed.Â  It failed with, “â€¦an unknown error (2006).” Now what?

I went onto the Apple support website to see what my options were. I entered the phone’s serial number and received this message:

“NOTE: Based on this product’s current eligibility, you may need to purchase either single incident support or an AppleCare plan to speak with an Apple Expert.”

Wow, a new, out of the box product, and I have to buy a support ticket. BULL S*&&^! I called the Apple help line for iPhone, and ended up in sales, who supposedly transferred me to tech support. The guy who answered had NO CLUE as to what was wrong, and then gave me my options:

1). Since I got it from AT&T, I could not swap it out at Apple. I could return it to AT&T for replacement. But, if I did that, I would go to the back of the line to get a replacement, and may have to wait two to three weeks! WOW! No replacement for a dead device, just a “screw you” answer from Apple, and a “get in line” from AT&T.

2). I could send it in to Apple for repair, but that might take two to three weeks, they have a backlog of bad devices.

3). I could cancel my AT&T contract in the first 30 days, but that means returning BOTH phones.

“There is nothing else we can do for you. I cannot help you” came the final answer.Â  I was told I could try and take it to the Apple store, and IF they had one on stock (unlikely) I could exchange, it, but that was up to the Apple store personnel.Â  The real kicker is that we have less than 20 days now to decide if we want to keep these phones.

With all these problems, and the arrogance of Apple lately, I am seriously thinking of telling Apple to go FU** themselves and return them. The new Droid 2.0 is coming out, and it has amazing battery life, a large clear screen, and many more FREE options over the iPhone, and, it is on Verizon, a network that works well here, and has decent customer service.Â  Just maybe the Gods are right, I should not have an iPhone!

Right about now, I am not sure I want it anymore. Â They are both initialized and back in the boxes. Come Tuesday, they may go back to AT&T.