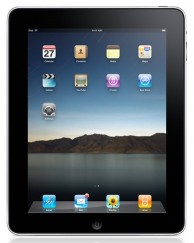 For the past two weeks we have been living on the first floor of my house because our upper level air conditioning unit has been broken. Besides eating and hanging out here, we also have been sleeping on air mattresses. Yes, it is taking over two weeks for a repair (actually it has now become a replacement but that is a long story). We only go upstairs if we really need something and to shower or bathe our two year old.

You see, for those not on the east coast of the United States, the air conditioner decided to break during the hottest two weeks of the summer. It has reached over ninety degrees on our upper floor.

So what’s the problem been? Well, as I said we have been sleeping down here. My son goes to sleep at 8:00 so that means we are done for the night at 8:00 also. No television because the first floor is basically one big open space. My wife and I have been stuck with iPods, her laptop, or my iPad. My iMac is upstairs and it is too hot to go use it.

Thanks to the iPad I have been able to keep busy every night. I have played games, checked email, read websites, rented movies from iTunes, and just browsed the App Store. We’ve also streamed video using the AirVideo app. Without my iPad I would have been stuck to the iPod Touch, which wouldn’t be awful, but the iPad is much better.

Iâ€™ve even done some writing on the iPad in Pages. This article was written in the Pages app.

The iPad gets criticized for what it is missing. For me it was perfect.. Flash? I think I went to one site in two weeks that required Flash. No big deal.

I have to say I love my iPad and after these two weeks I am really glad I placed that pre order back in March.