We talked to some nearby exhibitors. They confirm the preliminary estimates made by the organizers of PhotoPlus Expo that there could be as nearly as much visitors on the show as last year (27,000). Nevertheless they also reported that sales were noticeable lower. Some blamed the slowing economy, some supposed the absence of Apple (that had a booth last year) had its impact. 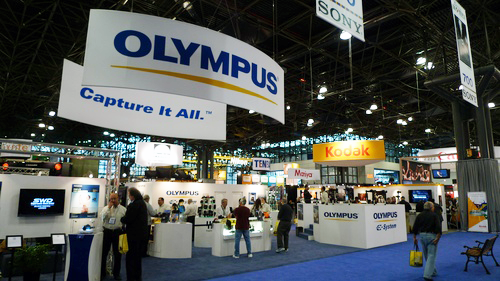 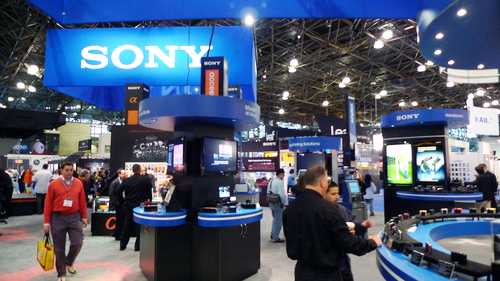 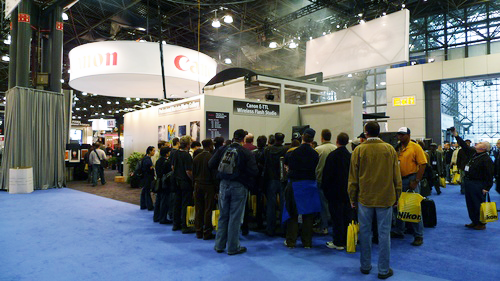 There were only a few software companies at the show – e.g. Adobe showcasing Photoshop and Lightroom, Microsoft with Capture One and Expression Media and Bibble Labs with Bibble 5. At the smaller Boinx booth, Aperture and Lightroom users were pleased to hear that the new FotoMagico 2.6 now also support Lightroom 2 libraries and comes with an Export Plug-in for Aperture. And curious FotoMagico users got a glimpse on the upcoming major releases of FotoMagico and PhotoPresenter. 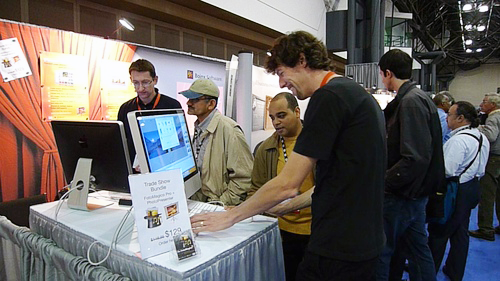 It was good to see that Macs outnumbered Windows PCs on the show by at least 2-to-1. We’ve asked every passing visitor if he’s on a Mac-based workflow, so we’ve got a clear picture on that. On the last day, Windows consumers clearly dominated the show. But we had to send them away as Boinx is a Mac-only software vendor. Some of them seem shocked, others were admiring the iMacs telling us that they plan to buy a Mac soon, just to use FotoMagico.

That seems to be good news for Apple as well.