It’s easy to get lost in the maze at the halls of the world’s biggest imaging trade show. The organizers expect 160,000 visitors and about 1500 exhibitors. At photokina 2006 in Cologne, Apple introduced Aperture 1.5. Although this year Apple has no own booth, they are supplying many exhibitors with hardware. Macs can now be found everywhere, not only in the hall 4.1, dedicated to image processing, but also at the booths of major camera vendors. 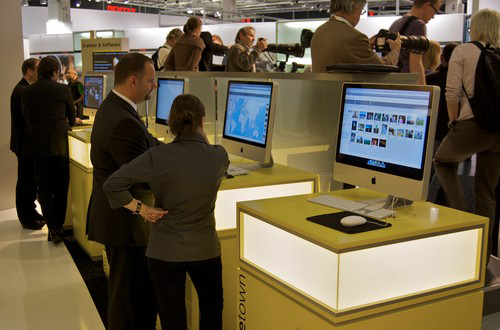 We didn’t have much time to look around, but did find a few new Mac apps. Bibble Labs introduced Bibble 5, a major upgrade to its RAW converter software. It now includes its own asset management, and features advanced selective editing tools, improved noise reduction, and lens correction. With its price of $199.95 for the Pro version it is meant to play in the same league as Aperture and Lightroom. Eric Hyman, the CEO of Bibble Labs, cleverly focuses on the weaknesses of the competitors. Optimized for multi-core hardware, Bibble 5 is “up to 88 times faster than competing applications on high-end hardware”, Hyman claims. From the look of it, Bibble 5 seems fast, fastâ€”very fastâ€”especially in batch-processing big RAW files. 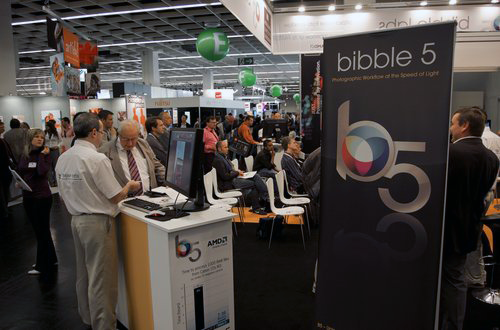 At the booth of the University of Applied Sciences Berlin, we got a glimpse of an interesting image browser that sorts through huge sets of images by color, date, name, and size. ImageSorter analyzes the visual content of the images and spatially arranges similar images close to one another. Everybody who has spent endless hours in searching for images, in image databases will appreciate any progress in this area. The current version of ImageSorter is a free download, available from here. 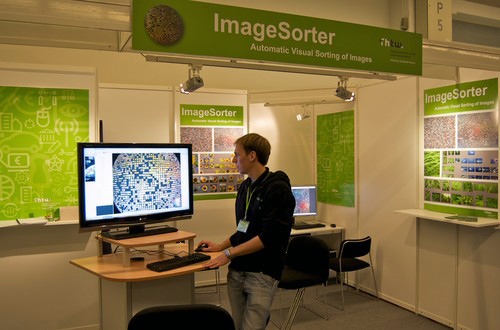 We avoided the crowds standing around Adobe’s booth to get a look at the new features of the Creative Suite 4 and headed to Hall 6.1, the hall of lighting equipment. At the booth of Photoflex we discovered (well we’ve got a hint on this one) a development version of BoinxTV. BoinxTV allows anyone on a MacBook Pro or desktop Mac to produce professional video podcasts without the need for post-processing. Photoflex were using the software’s chroma keying filter in front of a greenscreen, with a Sony HD camera. 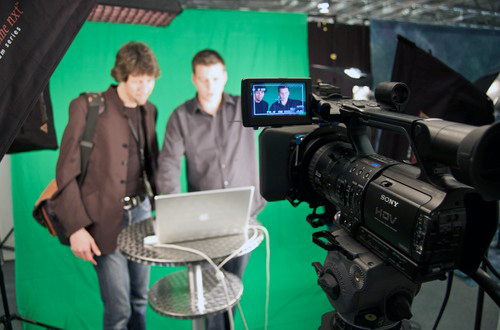 Time was running short and we had to leave the exhibit and catch our flight. Till next time, in 2010.