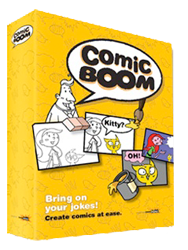 The folks at Toon Boom are at it again. In January they released a kid friendly animation software called Flip Boom (review). Now, they have released another great program call Comic Boom for making comic strips.

Like Flip Boom, Comic Boom is incredibly easy to use. The drawing tools are your basic tools for drawing and painting tied into a very simple and kid friendly user interface. 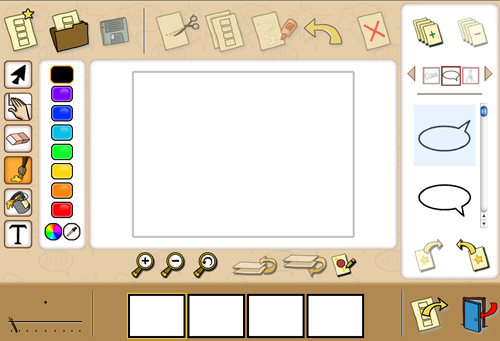 Comic Boom works like this: You make your comic strip panels one by one. They are arranged in order on the bottom of the screen. You can have as few or as many as your want. To help make the comic strip there are included images that can be used (like clip art). These images include speech bubbles, words, and even characters and props.

When you are finished making your panels you can publish the comic strip in numerous formats. You pick the format or arrangement of the panels and Comic Boom assembles the comic strip for you. You can then export the final strip as a pdf, jpg, an html page, or print the strip. 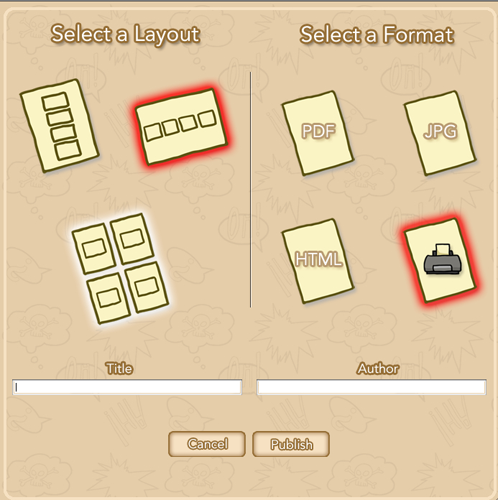 As I mentioned earlier, this program is incredibly easy and user friendly. My one and only complaint about Comic Boom is that you cannot import images to your strip. So there is not way to put a photo of yourself into a panel, for example.

Overall, Comic Boom is a fantastic program for making Comic Strips on your Mac. It is a steal at $19.99. Artists of all ages will love it.