Follow along here as we post our thoughts, impressions, and commentary of the live WWDC keynote. Posting as events happen. 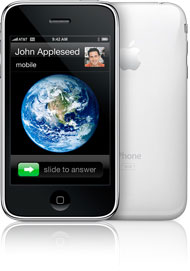 2:30PM EST – Steve Jobs – 6 Million iPhone sold.
2:29PM EST – Steve Jobs is back on stage, talking iPhone.
2:28PM EST – From Mazen – I’d like to see a MobileMe air application. That’s the perfect partnership for Adobe and Apple. MobileMe needs more space. I’d use it if it could become my one stop online storage space for backups and documents I might need on the go.
2:27PM EST – Mobile Me $99/year. Free 60 day trial. .Mac is being replaced. Already a .Mac member? Automatically upgraded to Mobile Me.
2:27PM EST – Mobile Me demo is over. What will Steve have for us next?!?
2:23PM EST – Mobile Me still being demo’s. Sounds interesting.
2:20PM EST – From David Cohen – “MobileMe promises seamless data storage and interchange up in the cloud between, PCs, Mac and iPhone. Like Google Mail or Apps but with end user devices thrown in. In my view, this is REALLY a gamechanger.”
2:18PM EST – Mobile Me being demoed by Phil. Keeps saying “Web 2.0” over and over. Okay, Phil, we get it!
2:17PM EST – Mobile Me works over the air. Pictures, address book, iCal, Mail, etc.
2:16PM EST – Mobile Me works on Mac and PC
2:15PM EST – From Mazen -With how poorly the new google calendar sync works Mobile Me makes me nervous.
2:14PM EST – From Bill Palmer – “calling it “Mobile Me” = “yeah, this one’s got such a bad name I’m gonna make Schiller demo it”
2:13PM EST – Moble Me is real, and being Demo’d now. Like having Exhange for the “Rest of us” 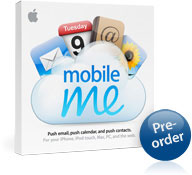 2:12PM EST – From Mazen – “They are allowing companies to make their own internal iphone apps. This move that will push the iphone way ahead of the competition.”
2:12PM EST– Adhoc distribution
2:11PM EST– from David Cohen “Push from the enterprise. They are going to so eat BlackBerry’s lunch”
2:10PM EST– from David Cohen “iApp Store available in July for EVERY iPhone. This implies full international support straightaway. No charge to developers for freeware.”
2:09PM EST– iTouch will cost $9.99 to upgrade. App store will be in 62 countries.
2:07PM EST– iPhone 2.0 comes out “Early July”
2:07PM EST– Full iWork support in iPhone.
2:05PM EST– Steve Jobs back on stage. Contact Search is real. Be able to see Office Docs! Alt, Delete, Move. Scientic calculator. Parental Controls. Many language support.
2:00PM EST– From Mazen: “Digital Legends Entertainment’s game demo looks very much like a DS quality game. Nintendo must be worried.”
2:00PM EST– Developer demo is over. Background applications will not be allowed. Making fun of Vista right now. Prettty funny! The iPhone will use a Push Messaging API instead.
1:59PM EST– From Mazen “It’s strange that all these companies are saying how easy all these apps were to create. Apple must have really gone all out on the SDK. This had to be the plan all along.”
1:57PM EST– A company from Spain (Developer Legends), which will be the last application developer, is up. It is a game.
1:55PM EST– (from David Cohen) Apple has been presenting all types of iPhone app for the last half an hour. Everything from games to medical apps. I wonder how stable the iPhone is when running a lot of these apps?
1:55PM EST– Medical application software still up
1:50PM EST– A medical application is up. Does it offer free insurance? THAT I could get behind!
1:49PM EST– Another software dev. on stage. Let’s get to hardware already!
1:48PM EST– Software was called “Band” Sounded neat.
1:46PM EST– They created some music software? WTF?! The audio makes it sound cool…
1:45PM EST– Some new company from the U.K. is demoing software. No idea…
1:42PM EST– More game coverage from Pangea.
1:42PM EST– Long time Mac developer Pangea demoing games
1:40PM EST– “The iPhone always knows where you are” Good or bad?
1:38PM EST– TypePad application will be free. Next up is Associated Press. A news reader coming?
1:36PM EST– TypePad, duh. Audio quality is not the best, but I can hear pretty well. David Cohen tried an audio chat, but I could not hear him well, what with Ustream running as well.
1:35PM EST– Some company called “Loopt” which is a social network and will be free. Next up, TypePen I think it is called.
1:33PM EST– ebay application will be free! They are happy to develop for iPhone.
1:31PM EST– Scott asks “How big will Mokey Ball be? If it’s 2 GB, it won’t fit on my 8GB iPhone.” Also, Claus has joined the chat.
1:30PM EST– Sega’s Super Mokey Ball will be $9.99. Ebay is coming on stage next.
1:26PM EST– Sega showing off Monkey ball. Has all major charecters from the consol game.
1:26PM EST– Sega on stage. iPhone game time!
1:25PM EST– Demo of building iPhone app done. Big applause.
1:23PM EST– Still demoing building a simple iPhone application.
1:21PM EST– Gizmodo has best pictures says Scott.
1:15PM EST– iPhone tools demo for developers showing now. Talking interface building and XCode. Yawn. Scott says ustream is working decent now.
1:14PM EST– Snow Leopard is real!
1:13PM EST– TWIT live has a video feed. Sounds like crap and crappy video. Talking about Enterprise software.
1:11PM EST– Just going over iPhone stuff, recap of iPhone event a few months ago
1:07PM EST– 52,000 at WWDC. 49,000 made iPhone Games! (not really)
1:06PM EST– Steve is on stage! The Ustream link sucks…
1:02PM EST– Mazen “I want a new Quad Core MBP I have been waiting for that”
1:00PM EST – Mazen is in iChat! Should be starting any second, I hope!
12:44PM EST – Scott Spanziani in iChat to cover event…