And so, some wonderful people, who turned out to be great writers started a rescue operation. Just perhaps, if the community of Apple’s few remaining customers could be inspired to hang on and be given a reason to Think Different, then maybe the fire could be kindled long enough for Steve Jobs to save the company.

This community of brilliant writers on the Macintosh Web rallied around a reborn company. Often we explained. Sometimes we pleaded. We always worked feverishly to articulate that which made Apple worth saving.

Of course, that alone wasn’t enough. It took a lot of hard work by thousands of Apple employees, a dedicated Executive Team, and some brilliant strategy to nurse the vision back to life and return Apple to big sales and good profits.

It was August of 2000 when I left that community of authors to join the Apple mother ship. At that time, Apple was not yet out of the woods. The stock was in the toilet. Mac OS X had not yet shipped. But, as an observer of the company, I saw promise, and I saw a personal dream coming true.

Because Apple does not look kindly upon its employees writing about Apple, I said my farewells and got to work. “Sailing Beyond the Sunset” “Look to the Rainbow”

Now, after five years, Apple and I have parted ways. And things are very different, both with Apple and the Internet. The Apple vision is clearly understood, and Apple no longer needs writers to prod the embers of a dying fire.

Nowadays, while things are better for Apple, in some ways, things are much worse in the computer industry as a whole. We are showered with technology. Our time and our sensibilities are pummeled by every company that can throw together a gadget and a Website. The Internet, designed by scientists with implicit trust, has failed to keep pace with the mischief of international thieves. The Internet is a growing cloud of raised voices. Sometimes our computers betray us, and we are very, very far from the noblest vision of personal robots proposed by Isaac Asimov.

When I was a teenager, reading all the science fiction I could get my hands on, there was a prevailing belief by the authors that our values as humans would guide us through the new technologies of the future. Today, there are only a few companies driven by that vision.

Yes, there is much more to write about.

I am very pleased to be back amongst a group of writers that I very much respect. In joyfully rejoining the family, my goal is not to persuade you to believe what I believe, rather it is to share with you what I’ve learned. I’ll talk about science, computing, values, and our best hopes for where the digital life is taking us. I intend to be analytical and low key. I’m seeking reflection and inspiration. I hope you are as well.

After a five-year mission, it’s as if I’m sailing home in quiet waters with logbook in hand. I’ll be reflecting on what has gone before and anticipating what is to come.

How can one ask for more? 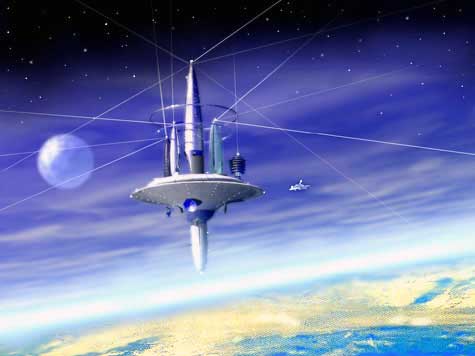