Wow, It’s been some time since I last posted. My excuse? Wellâ€¦ I blame Darius Rucker, I mean that stupid Burger King commercial is so distracting I haven’t been able to get anything done. I look at it and I think: “Man that guy looks like Darius Rucker.” That not so brilliant observation is followed by a period of pondering:
How did Hootie and the Blowfish go from freaking everywhere into forced retirement in the span of two albums?
How did they get huge in the first place?
Do you suppose that really is Darius Rucker?
And perhaps, most importantly:
Is there such a thing as a one album wonder?

I suppose some things are destined to remain complete mysteries.

On to more pressing mattersâ€¦well my life is laughably easy, I don’t really have more pressing matters. On the other hand the desk I built is slowly but surely revealing every single design flaw. I’d really like to chuck the thing and start from scratch, integrate speakers and plugs, minimize exposed wires, drop a sweet apple shaped brushed aluminum plate in the desktop but I don’t think I have the skills to match my ambitions. Plus it would involve ten million e-mails to Vern (a great woodworker) and I’d hate to bug the guy. Still every spring I get a bad jones to build something, I hope I can fend it off.

Without a decent segue today I paid a cool two bucks for a gallon of gas. I think that may be a personal record. Luckily I have a smallish vehicle so the frequency of filling up bugs me more than the price. The guy on the next pump had one of those mondo huge SUVs, Ford Expanse or something, and he was just pumping and pumping while the bill spun ever higher. He looked up at me with a bit of disgust and said “I’m goan’ have to sell this here piece of sh!#” I smiled dumbly because that is generally what I do when engaged in conversation by a stranger and kind of shrugged. I appreciate the guy’s frustration. When he bought the rolling pile of sheet metal, rubber and glass gas was probably a buck a gallon. At a buck a gallon you really don’t worry too much about fuel economy because it is the human condition to think that things will stay pretty much the same. The poor sap.

Which is long about way to introduce a couple articles someone e-mailed me today. I found them interesting and a bit alarming. On the other hand we’ve all heard how we are running out fuel for some time. In fact now that I think about it there is always some doom and gloom prophecy being bandied about. Some will blame the mythical “liberal media” (sure you can find if you look at individual publications, but when you take the media as whole it simply doesn’t exist. I suppose it is a persecution complex or something. Ahh, what a horrid tangentâ€¦ never mind) but I blame it on the fact that people like to be scared. People seem to like to assume that the world is worse now than it was in the fifties (actually any previous point in time will do) but people tend to remember the good stuff. Like Dad working and Mom staying at home. They tend to erase the negative stuff from their memories (separate water fountains for pigmented homo sapiens? Why not!) Oh yeah the articles:

Well that should give you something to think about. It doesn’t bother me; I’m planning on getting hit by a bus as soon as Knoxville increases the amount of public transportation.

If you want to hear what I have to say about the book listen to this podcast. I gotta say Tim has some nice skills in the interview/radio department. I love it when Chad and Tim banter back and forth on the big podcast every week. Though I will note one thing: I’ve spent a ton of time talking to Tim about the podcast (Chad won’t even return my mail. Or I assume he wouldn’t. I mean I don’t return my mail) and I think the fellas are doing a pretty good job compared to talk radio and a fantastic job compared to most podcasts. Though I think they should do an hourâ€¦at leastâ€¦

Oh..wait. What was that thing I used to do? Something about links or somethingâ€¦ oh yeah, I remember now! 13375p34k! No, wait that isn’t it. Something more entertaining. Something people likedâ€¦TIME FOR

ye gods, I am seriously out of practice.

From a super serious bad a$$, editor of iMovie on the Cheap (the readable bits are due to his hard work. I sent him a manuscript in crayon) The one, the only: Mighty Russ Walkowich
Screen Cleaner

Game pick:
Arithmatiles
I get like 120,000â€¦obviously my math is right up there with a third graders,

Got a couple of AppleMatters articles up:
Macintosh Security: No Need for Perfection
Podcasts are Here to Stay (and that is a Scary Thought)

Disturbing story of the moment:
THE LAW COULD LET STUDENTS SUE FOR UNTOLERATED BELIEFS
Here I will note that evolution is a stone cold fact, reproducible and observable. Those that wonder if evolution will ever be more than a theory aren’t the most scientifically literate among us (think allele frequency, populations and time). I will also note that if a tenured professor wishes to espouse “intelligent design theory” (which is neither intelligent or a theoryâ€¦ on the other hand it is carefully designed) instead of evolution then I’ve got no issue with that. Being sued for what you teach is ridiculous. 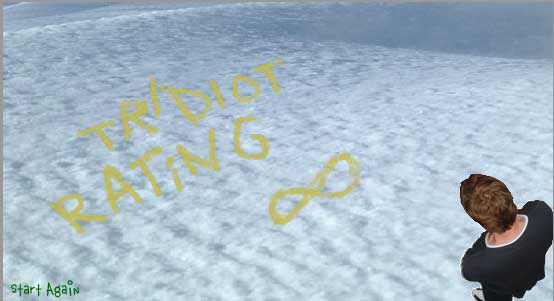