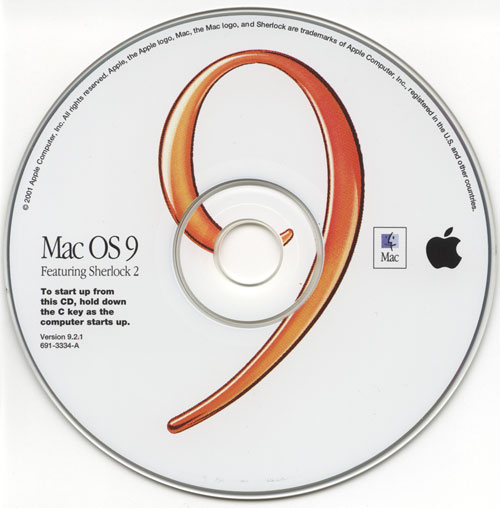 It’s hard to believe that it’s been just a little over 2 years since Apple released Mac OS 8. The Mac OS has come a long way since then, and the release of Mac OS 9 further reinforces Apple’s resurgence in today’s competitive industry. Mac OS 9 is a significant release that brings numerous long-awaited features to the Mac OS. Best of all, it delivers them with the style and surprises that Mac users have become accustomed to.

Multiple Users
Perhaps the most exciting and long-awaited feature in Mac OS 9 is its capability to handle multiple users on one computer, while retaining preferences such as desktop patterns, Internet settings, privileges, and the like. It is a huge advance that will make the use of any computer shared by multiple users 100% easier.

Once Multiple Users is set up, you can assign different privileges to different users. You can create normal, limited, or Panels accounts, each with its own set of restrictions which can easily be fine-tuned. You can limit such features as control panels, Apple Menu Items, the Chooser, and specific parts of your hard disk if you wish. You can also limit the specific applications and CD/DVDs the users are allowed to open.

Unfortunately, the use of Multiple Users does slow the system down somewhat. When I had multiple users enabled, I experienced a startup “hang” of almost a minute on my “Wallstreet” PowerBook G3/250, and about 30 seconds on a Blue and White G3/450. Turning Multiple Users off yielded normal startup times. Also disturbing is the fact that many programs don’t cooperate well with Multiple Users, especially the new Panels interface, meaning that you may need to wait for updates to take full advantage of this exciting new feature.

Voice Verification
While Multiple Users is exciting, the “neatest” new feature in Mac OS 9 has to be voice verification; the ability to speak your password as opposed to manually typing it. Once you enable voice verification, you can set up an alternate password for each user. Each user can then simply speak a phrase to log into the computer instead of manually typing a password. I tested voice verification several times with other people, and neither of us could break the other person’s password. However, we often had trouble speaking our own passwords, and we would’ve been locked out of our own systems if it weren’t for the option of typing our password in as a backup. 🙂

Unfortunately, Apple seems to be contradicting itself in this area. Apple’s new PowerMac G4 systems don’t come with a PlainTalk microphone, and although you can buy one, it’s the first time in years that Apple hasn’t included a microphone with their high-end systems. Even worse is the fact that Apple’s iBook lacks a built-in microphone, and doesn’t even have a standard sound-in mini-plug jack, meaning that the only option for sound input here is the use of a USB microphone, an example of which I still have yet to see. What’s more, the USB microphone would take up the single USB port on the iBook–a precious commodity. Do you really want to sacrifice a Zip drive for the “neatness” of voice login? I didn’t think so.

Sherlock 2
Apple’s most advertised feature in Mac OS 9 is Sherlock 2, a major upgrade to their one-stop source for searching both your computer and the entire Internet. Sherlock 2 is the third Apple-branded program to utilize the “smoothed” window interface which has received mixed reviews from the press. Nonetheless, Sherlock 2 itself has many exciting new features.

Sherlock 2 has been rid of the “tabs” appearance, and now uses channels to select which type of content you want to search for. Channels allow you to organize your Sherlock plug-ins, a big advance over the previous version. When you click on a channel, all of the search sites (plug-ins) available for that channel appear in the top section of the window, and after your search is complete, all results appear in the bottom part of the window. (See above Screenshot.)

“Find File” and “Find by Content” have been combined into the “Files” channel, and separate Internet-related channels, such as “People,” “Shopping,” and “Sports” will allow Sherlock to custom tailor its content listing based upon what you’re searching for. So, for example, if you’re using the “People” channel, resulting columns will be “email address” and “phone number.” Searching in the “Shopping” channel will yield results appropriate to e-commerce sites such as Amazon.com, eBay, and others. You can still add plug-ins from various sites into the “Internet Search Sites” folder, but with the addition of channels they’ll be much less cluttered than before.

Security
Amongst the many new features of Mac OS 9 are two new utilities that will make using your computer easier, more efficient, and most of all, more secure. The first part of this system is the Keychain, which has been brought back from the shelved PowerTalk software suite. The Keychain provides users with a way to store all their passwords in one central location, and then unlock all of them using a single password via the Keychain Access control panel or the Keychain control strip. Users can specify what level of security should be taken when unlocking the keychain, such as having it automatically lock itself after a certain period of time or when the system goes to sleep.

The Keychain Access control panel supports multiple keychains, and also supports certificates, which are special types of encrypted passwords for use with different types of Internet services. It’s important to note, however, that for the true power of the Keychain to be unlocked, applications will have to be updated, or “made aware,” of the Keychain before the passwords you store in them can also be stored in the Keychain. Fortunately, many applications are already Keychain aware as of this writing, including Timbuktu Pro from Netopia, and Apple’s own AppleShare client. Look for more applications to be made Keychain aware in the next few months.

Another application that is Keychain aware is Apple Secure Encryption, which gives users built-in encryption and compression accessible via drag-and-drop on the Apple Secure Encryption application. Users can also encrypt files via the “Encrypt” command available via the File menu or contextual menu. The encryption technology that Apple uses is extremely secure, yet very easy to use. Double-clicking on the encrypted file will result in immediate decryption and opening in its creator application. Once the file has been worked upon, it can be re-encrypted just as easily.

Encryption of files is very fast, and compression savings are generally good, though not nearly as good as Aladdin’s StuffIt technology. And while Apple’s encryption most likely won’t become the Internet standard, the convenience of having a powerful feature such as this built into the OS means it’s now easy to guard sensitive files from wandering eyes.

Update Efficiently
One of the features of Mac OS 9 that will make your computer easier to use, especially if you’re a new user, is Software Update 1.0. The Software Update control panel functions in a very similar way to the QuickTime Updater application, allowing users to check for updates available on Apple’s servers and subsequently download and install them. Users will have a much easier time determining what updates their computer needs, and it turn, make it easier for Apple to provide support to its users via updates. It’s a win-win situation.

With these TCP/IP enhancements comes an all new Network Browser 2.0, which is capable of not only seeing AppleTalk networks, but also TCP/IP networks based on domain names. Even more impressive is that you can also see FTP servers, all in one application. However, the Network Browser does seem a bit slow as compared to the Chooser, and as long as the Chooser is there, users will continue to use this tried-and-true way of sharing files both over your local network and over the Internet via the “Server IP Address” button.

Other Nifty Features
Other new features worth noting in Mac OS 9 include ColorSync 3.0, which has been redesigned and features color management for input, display, and output. ColorSync 3.0 also has enhanced AppleScript support, and includes saveable workflow profiles and other enhancements. The Monitors & Sound control panel has been split into two, and the AppleCD Audio Player supports “3D Stereo” on ATAPI/IDE CD/DVD-ROM drives

Mac OS 9 includes a client/server version of Apple Remote Access, FontSync for identifying fonts based upon characteristics, CarbonLib for compatibility with Mac OS X applications, notification dialogs that don’t block out the rest of the system, and a new version of the LaserWriter driver which is now fully scriptable.

The Summary
Mac OS 9.0 is a significant upgrade to the Mac OS that will make your computer easier to use, easier to share, and in turn, make you more productive. The additions of Multiple Users, Sherlock 2, auto software updating, the Keychain, and other enhancements are all wonderful additions to an OS that is already the best on the market.

Mac OS 9 is not without problems, however. On my “Wallstreet” PowerBook G3/250 with 192MB of RAM and virtual memory off, Mac OS 9 normally takes up anywhere between 45 and 65 MB of RAM just to run the system! That’s ridiculous. What’s more, as of the time of this writing, there were significant incompatibilities with numerous applications classified as “essential” by countless groups of Macintosh users. Countless printer, scanner, and other peripheral drivers have also been “broken” by Mac OS 9.

Also in question is the price of this new upgrade. For what you get, is $99.00 really worth it? For some users, such as those taking advantage of Multiple Users, it may be. But mainstream users that already have a stable system under Mac OS 8.x may want to hold out until Mac OS X is released next year.

The benefits of Mac OS 9 are clear, but for some users, the potential problems may outweigh those benefits. While it’s an excellent upgrade to the excellent OS that makes our “Macs” Macs, you should upgrade to Mac OS 9 with caution.