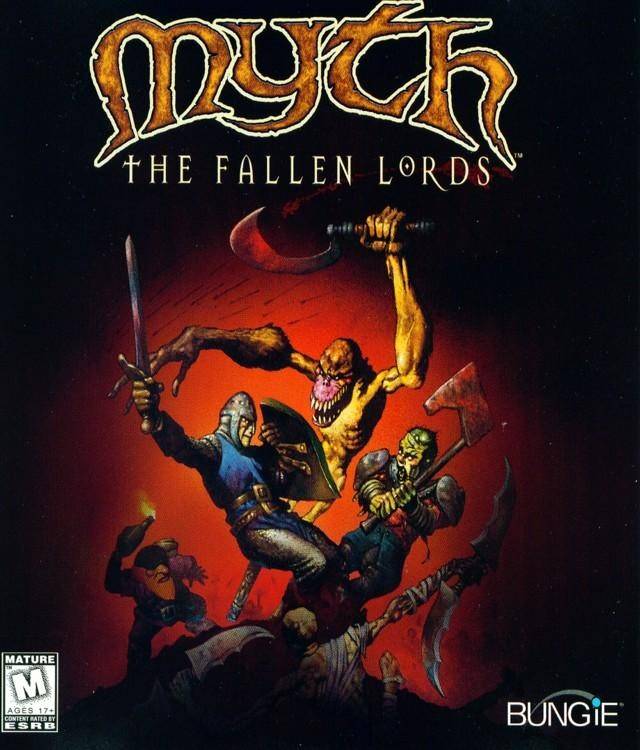 What do you get when you take a company renowned for its game creating innovation and a 3-D textured world upon which you can battle to the death? The answer is simple: you get Myth: The Fallen Lords from Bungie.

While it’s true that I don’t consider myself a serious gamer, I do like to think I know a great game when I see (and play) one. And I can say that Bungie has once again moved way ahead of the competition in the Macintosh gaming market. (However, don’t count out last year’s Mac gamer company of the year yet, though. Blizzard will have released StarCraft by mid-January 1998, followed soon thereafter by its Mac version of Diablo.)

Myth: The Fallen Lords is a simple concept. You are given an army. Your opponents are given an army. You fight. One wins, one loses. End of story. However, I have found that Myth is so much more. As many of you may have seen from its numerous ads in Macworld and MacAddict, Myth is a fully rendered 3-D game. The terrain is as much a factor as is the type of game you are playing.

The game play itself is very easy. Click a warrior, click on a foe, and off he goes to do battle. Of course, it’s much more involved than that, but that really is the gist of it. The game play to very gory and blood filled. Not for the weak of heart, true, but I looked beyond the gore factor when playing the game.

Like all games, you can play Myth by yourself, but I rarely ever do. The mass appeal, I think, is the network play. Here, Bungie has outdone itself, as well as any other Net game out there. You simply first log onto your ISP, launch Myth, click “multiplayer” and select “bungie.net
“. There you will find thousands of other players looking to start or join a game. And finding a game to join is simple: they are all listed! You simply click on an available game and off you go. Compare that to my once favorite game, Warcraft, in which you had to either subscribe to battle.net
(which cost $20) or you used a chat software program like Hotline, a IRC, or (shudder) America Online. Once there, you had to give out your ISP address (found in your TCP/IP control panel.) Not much fun, and way too much work to simply play someone over the Internet. Myth, ‘ala Bungie, has made the option of Net play much more easy as, of course, it should be. The upcoming Starcraft, knowing Blizzard, will not have that feature. With Myth, it is a built-in feature. No need to subscribe to battle.net
or anything else. You get it free when you buy the game.

In network play, you can go it solo, have teams, just have a blast. I have played against hundreds of people with names like “Loki”, “Faceless Pete”, “Pink Lady (a guy!)” and “Kith Kanan”. (Oh, and if you do buy Myth, or already own a copy, and you want to kill this poor old publisher, look for “The Dragon”. There’s only one, and that’s me!) Most people, I have found, are friendly on Bungie.net
. So, if you don’t mind the gore factor, but still worry about your kids getting into chats with the wrong people, Bungie.net
is a okay place. About the only thing I have found in the negative is that too many times a chat room will become a OS war. “I have a Mac!” followed by “You suck!” and so forth. Boring… Bungie also keeps tabs on your win/lose score, and everyone is ranked. Rank is shown by a icon next to your name. You start with a little dagger, and work your way up to a crown or higher. (I made it to a royal crown, ranked 248 out of 5,000 players, but lost it a few days later after teaching a few Apple employes how to play the game in a ranked room. Really…)

Yes, Myth on the PC side is the same as on the Mac side. (They-PC users-use Mac keyboard shortcuts, though, which is always neat!) So when you are in the heat of battle, you really don’t know if it’s another Mac ally or some PC punk. (just kidding!)

Rather than continue to sing this games praise, let me simply say that if you’re looking for a networkable game, and are sick of the first person DOOM type of shoot-em-ups, then this game is for you. If you’re looking for a cool 3-D textured game, this is it. Or, better yet, if you are looking to fight a thousand battles in which anything is possible, and Warcraft is getting a little stale, Myth is for you.

As I write this, I want to come right out and say that Myth: The Fallen Lords, is the game of the year. However, Starcraft is only weeks away from release, so I will hold my judgement until after I have tried it. Diablo is also looming on the horizon, though with all the PC players online getting tired of it, good competition will be a little harder to find.

Hats off to Bungie for releasing both the PC and Mac versions at the same time. From the number of Mac users I meet online, Bungie is reaping the rewards. And for doing so, as well as creating a first class game, I highly recommend Myth to anyone looking to spend $45 on a worthwhile game.