Finally, after months of rumors and unreturned letters, Apple has released its second update to System 7.5. From my point of view, it is a success, and will make the Macintosh computer more enjoyable to use. Although the update supports all Macs, Plus and above, the major changes are made for the Power Mac. In this review, I will cover all the major changes, for the Mac and Power Mac. Note that the changes that I mention here are only the major changes, and there are many more that I don’t have time or room to mention. 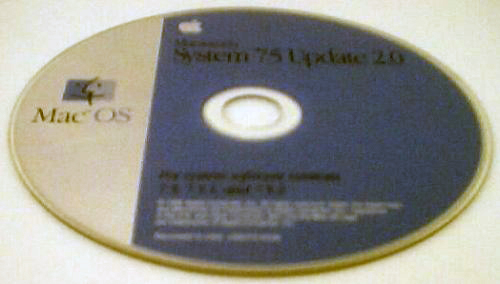 Power Macintosh Changes
Speed. It is what all computer users crave, and always want more of. In this update, Apple has made many changes that speed up the Power PC based computer many. Note that the Apple guide and Apple Menu Options support the regular mac, but the speed up does not occur.

*Power PC native resource manager. This is the component that controls the loading of an Application (windows, dialogs, etc.). Overall, the systems user interface, such as opening windows seems to be many faster and more responsive.

*Apple Guide 2.0.2. The new version is Power PC native. There is a significant speed boost in many aspects of it. There are also many more additions to it, such as the Audio CD guide, and the speech info guide. I found the new sections in it both informative and as easy to use as always.

*Apple Menu Options 1.1.2. Again, there is a significant speed boost for Power Macs, as a big 68k patch was removed. Also, there were many, many bugs fixed. This one should have been released as a separate enhancement a long time ago.

*PCI Power Macs now use the Monitors & Sound control panel, which is supposed to be a huge advancement over the Sound & Displays control panel that the PCI macs used to use. I have heard that this is not installed on a PCI clone though, and Apple hasn’t spoken as to whether they will fix this or not.

*Translucent icons. When you drag a folder or any other icon, the icon is translucent instead of the old outline. When you select more than one icon, only the icon under the mouse is translucent, the others are still an outline. This is one of my favorites, because now I can see what I am moving.

*Plain Talk 1.4.1. Apples latest version of their speech recognition software is included in this update. (This is also native) There are many changes, but it recognizes the commands many times better than earlier versions. There are also many new voices. The new software supports the Power Mac only. The 680×0 AV mac is not supported, but it does support the new voices. New icons are also included. The icons are also much better than Apple’s old speech icons.

*Control Strip 1.3.1. No longer requires Display Enabler 2.0 to work on desktop macs, which fixes many problems that the Display enabler caused. The control strip allows you to change your system sound, your monitor color and the monitor bit depth on desktop macs. It is still the same on powerbook models.

*The Sound Manager 3.1 is now integrated into the update file, which eliminates its need and also fixes many bugs.

*Macintosh easy open 1.1.2. Fixes delays when dragging finder folders, along with a number of other bugs.

*The name field of the finder is now wider, allowing you to see more characters in file names.

*Tidbits. Library (Non-Opendoc) now have little “book extension icons,” instead of the old “generic document” icon. The About box now reads “System Software 7.5.3,” and “System 7.5 Update 2.0” The word Macintosh is still displayed in its strangely squished text and no icon of the computer is displayed.

*Serial DMA 2.0.2 is included, and the need for any earlier printing updates is eliminated. Overall, dialing, and connecting to an online service was much faster, not to mention the change in speed once connected. I was truly impressed with this speed up.
*Open Transport 1.1. A major re-implementation of the network system software, for use on all 68030, 68040 and Power Macs except the Performa 5200, 5300, 6200 and 6300 series, for a reason that I am not sure of.

Availability
Apple’s System 7.5 Update 2.0 is available for $13.00 on 14 disks or 1 CD, and should be available by the time you read this. You can also download the update from America Online, eWorld, and Apple’s FTP sites. (If you don’t have a 28.8 modem with which to download it, I recommend you buy the update directly from Apple.)

The Summary
Overall, I found the new update to be a great success. The OS on the whole seems more stable and much faster. The new icons are great, as are the new speed enhancements. Apple has created a great enhancement to the Mac OS that should carry us through till Copland. I truly can’t say enough, but that I am totally pleased. Even though the download time is long, it is still worth it. This is a great update, and I recommend it to anybody that wants to improve the stability and make their computer more user-friendly. Even though most of these enhancements are long overdue, they are here now, and that is all that matters.
-Adam Karneboge